Everybody reading this will probably have found themselves in the following situation once or twice in their lives: you are working at your laptop when, all of a sudden, it dies. However, you had checked your battery life only seconds before. You had 30% left, more than enough – or so you thought – to finish typing up that document before it became necessary to start searching for an outlet. Such situations are frustrating and not a little confusing, so what is actually going on here?

The Smart Batteries of Today

Today, many advanced battery technologies are finally finding their way onto the commercial market. To give two examples, there are the USB-C rechargeable lithium-ion smart batteries produced by Pale Blue Earth, which are traditional AA or AAA batteries that can report their power level and last for far longer than previous household batteries. Then there are also the large electric vehicle batteries, currently being mass-manufactured by Tesla, which also report their battery life back to the car’s onboard indicators, thereby letting the driver know how much juice they have left just as a gasometer would report the amount of gas in the tank.

Both products just described have something in common – they are both examples of smart battery technology. This is to say that both products can indicate their battery life to the user. And in the fictional laptop disaster described at the start of this article, we had a smart battery reporting inaccurate figures.

This is therefore a problem with the smart battery’s calibration. Problems in this area are being fast overcome though. For example, electric car batteries could pose a serious safety hazard if they reported back an inaccurate figure for battery life to the driver. Therefore, modern smart batteries can be – in some cases, have to be – consistently accurate. The technology to satisfy this certainly exists, and that is why this a problem that might soon become totally unknown.

How Does a Smart Battery Work?

A smart battery is a battery with a built-in battery management system (BMS). A BMS is connected to the terminals of the battery in question and can therefore measure voltage and current. It also has the ability to determine capacity and remaining power. Because a BMS is essentially a computer system which can collect and process this data, it can then generate prompts to the user requesting they charge soon, cease charging, and so on.

How the Problem Arises (And Is Solved)

The problem, then, is not that the smart battery is not measuring the parameters that it needs to, but instead that it has become mis-calibrated. This means that it no longer contains, as internal data, an accurate estimate of the battery’s total capacity. Therefore, it can report a particular capacity as an inaccurate percentage of the total capacity.

There is, thankfully, something you can do about this. To ensure your battery remains calibrated, you should allow it occasionally to run from 100% all the way down to 0%. Be aware that doing this too often can actually sap battery life but doing so occasionally will give the BMS a measure of the battery’s total capacity (which, remember, changes over time). This will, in turn, allow it to report back accurate power percentages.

Smart batteries are sometimes not as smart as you might think – a little human help goes a long way. 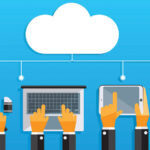